This item originally appeared in the January 1996 hard copy of TZF. Some of this material is repeated in various forms elsewhere on The Zoo Fence.

Think about it. Regardless of what we may choose to call it, the Infinite One, being infinite, is, even must be, the only thing in the Universe. If it were not, it would not be infinite. Of course, it is not really a “thing”; but it is, by definition, everything everywhere always. Thus, whatever we ourselves, our lives, or any other ”things” (people, ideas, concepts, realities, whatever) may seem to us to be, they are unavoidably and indelibly the Infinite One. There is nothing else they can be, because, quite simply, there is nothing else. I am That, you are That, your life is That, my life is That. Everything that is, or ever was, or ever will be, is That.

This simple, inescapably logical proposition is the crux of the teaching of every true spiritual Teacher, every genuine Master, every Prophet, every Adept, every real Guru, that has ever lived. To be sure, speaking in different languages to different cultures, each has articulated it differently, but it has always been the same. Thus, we are the One seeing, or experiencing, Itself (or, rather, our Self) as various and many — as you and me, as rich and poor, as male and female, as cats and dogs, as tables and chairs, as planets and galaxies, as thoughts and images, as born, living, and dead. The entirety of what each of us calls ”my life” is none other than the One perceiving itself that way. The only true “I” of the Universe, the very same “I” that an awakened Moses knew to be the “I am that I am” (Exodus 3:14), and speaking as which Jesus observed “I am the way, and the truth, and the life” (John 14:6), has chosen to perceive Itself, or to express Itself, as “we.” The result of that choice is life as we know it.

Thus, our condition, our apparent bodily existence, is not the product of sin, original or otherwise, at least not in the ordinary meaning of the word. As the term is commonly used, a sin is a transgression by a created being against the will of the Creator. Simply put, God tells us not to do something, and we do it anyway; that is what we generally mean by “sin”. Now, clearly, the only environment in which that kind of sin can occur is dual; there have to exist a minimum of two things: a Creator and its creation, a divine authority and a sinner. But in Truth, there is only one thing, the One; and in that environment, the whole structure of sin, as it is commonly understood, collapses.

To be sure, from our current point of view, there do exist a Creator and a creation in the Universe, God on the one hand and ourselves on the other. But that has nothing to do with sin; rather it is the inescapable consequence of the perspective or position the One has chosen to assume. In a word, you and I inhabit a world of many because you and I, as the One, have chosen to see our Self that way. If we do not like it, there is no point in punishing ourselves, for that is as silly as being angry at an image in a mirror or at an idea in our heads. Rather, if we do not like the way we perceive ourselves, we must resolve to see ourselves differently.

That is what the so-called spiritual path is all about: Consciously adopting a lifestyle whose intended effect is continuously to remind us of our already True Nature, until eventually we see ourselves that way spontaneously and effortlessly. To be sure, it is far easier to say this than to do it, and in fact the process of shifting our perspective from perceiving ourselves as many separate and separative individual beings to seeing our Self as One, can take years, decades, even lifetimes. As discouraging as that may be, the reason for it is simple enough: inertia.

As we may recall from high school physics, inertia is the natural phenomenon discovered by Isaac Newton, according to which everything in the universe has a tendency to continue doing whatever it is currently doing until it is acted upon otherwise. Accordingly, we continue perceiving ourselves and our lives and our reality as we do now for no other reason than that we are doing so. It would seem that we ought to be able to alter that by not doing it any longer, by stopping to see ourselves as we do, and in theory, it is just that simple. But, regrettably, we have been doing it so effectively for so long that there has developed a considerable momentum behind the tendency. So, just as Newton observed, in order to derail that tendency, there must develop another, stronger, contrary tendency. And that’s what all the so-called spiritual practices are for.

Several paragraphs ago we said that at the heart of the teaching of every True Teacher there lies the same message, to wit, that we are the One. Likewise, upon seeing that Truth, wherever and whenever he or she lived, virtually every one of those Teachers offered his or her own recipe, his or her way, to the rest of us, that we might reach the same Realization. The result is an extraordinary basket of possibilities, full to overflowing with practices, procedures, techniques, and disciplines of every description, assorted yogas, numerous ways, and diverse paths, commands, recommendations, and suggestions, some too abstruse to understand, others too simple to believe, all too numerous to count. And while, at first glance, these seem to vary considerably, and indeed in their details, many do, at close inspection each is revealed at its core to consist of precisely the same prescription: Remember Me.

Now, when you and I hear or read those words, living in a world of others as we do, we naturally understand them to mean, remember the speaker. That is, when a Teacher tells us, or where some scripture quotes a Teacher as telling us, “Remember Me”, we assume he or she is telling us to remember him or her, and we dutifully try to do so. We fashion chants, images, and icons, paintings and statues, photographs and tape recordings, designed to remind us of the Teacher, so that, precisely as instructed, as often as possible we will remember him or her. But the Teacher, whether it is Jesus or Gautama or Krishna or some other, is not speaking from our perspective, from the perspective of a world of others. When the Teacher says “Remember Me”, he or she is speaking from the position of the One, and he or she intends for us to say it, and to do it, that way, too. Thus, by “Remember Me”, the Teachers mean “Remember your Self” or “Remember the Self which is myself and yourself and every apparently other self”. They use the word “Me”, not as we do to mean “not you”, but rather as the One does, meaning all there is, the only all-inclusive, one-without-a-second True Me, or “the Me Who is the only me there is”. The Teachers know that Me, that Self, to be themselves, and they want us to know it to be ourselves, too.

To be sure, sometimes this sounds to us like hyperbole, as if the Teachers are intentionally exaggerating in order to emphasize their point and the lesson they hope we will absorb. But, in fact, it is none of that. Rather, if anything, they are understating the case; not to mislead or confuse us, of course, but precisely because the Truth of our Nature is so immense it will not fit into words.

Unfortunately, awareness of the Self cannot be artificially generated, but sometimes we can get a sense of it by sitting very still, and repeating the words “Remember Me” numerous times, quietly, slowly, and attentively. As you listen to yourself saying it, imagine that the voice you hear is not your own, and is not coming from your mouth by your will, but is rising up from deep within you, from the depths of your Heart, where lives the One which knows Itself to be you, and which wants you to know that, too. If you are very lucky, a shift will occur, like an optical illusion, and, for just an instant, you will be there. Immediately, of course, you will grasp for it, and thereby lose it again, but, even so, it will have happened, and you will know it. Now, rather than trying to recapture what has happened, seek instead to recognize that the breathtaking Peace, and the Beauty, and the Truth of that moment reside equally and already in every moment, and to know that, we have only to remember what the expression “Remember Me” would have us remember. We have only to Remember Me.

For those to whom such a moment has never yet occurred, and for whom it sometimes seems hopelessly unattainable, and at one time or another that number includes every one of us, fear not. Your time will come. Remember, it is not we, but the Supreme Self alone who chooses when and how to reveal Itself to itself. Take comfort in that fact, and remember, too, that this moment is not dependent upon who or where we are in the world, or, ultimately, even what we do. After all, consider that when Paul’s moment occurred on the road to Damascus (see Acts 22), he had not long since participated in the stoning execution of Stephen, and, so far as I know, there is no such hatha yoga posture as “stoning the beloved”. So, you never know what lies just around the next corner of your life. For now, this much is enough: Accept on faith that the Truth is true, and make a conscious, determined effort to live your life accordingly. In your thoughts and by your actions, affirm that you, and your life, and everyone and everything in your life, are the One. Recognize, acknowledge, welcome, and love the Divine in whomever you encounter and in your every experience. It will not be easy, for, although we all rejoice in observing God in the beautiful and the bountiful, we are slow, even loath to do so in the ugly, the angry, and the difficult. But we can do it, and, having chosen to do so, we will never regret it; for, as a choice for Truth, it is powerful, and it will change everything.

Swami Vivekananda called this practice “the Great Worship”: Seeing and adoring God in, and as,

everyone and everything everywhere, without exception. As a spiritual discipline, its beauty, and perhaps even its power, reside in its simplicity. There is no need to study any esoteric disciplines, to travel to any foreign lands, to learn any secret handshakes, to undertake any special diets (although over time we may choose to do some or all of those). All we need is a life, and each of us has one of those; and all we need to do with it is love it, and cherish it, and nurture it, as if it were the One Itself, the Infinite One, even God — which it is.

The good news is that the instant we truly commit ourselves to this practice, the One within will respond. Our Heart will blossom, and give forth guidance, encouragement, and nourishment. Whatever is necessary will be provided, and we will succeed; for this much is certain: When any one of us hears a call from God, the Infinite One, to “Remember Me,” and we respond, “I will,” we do. 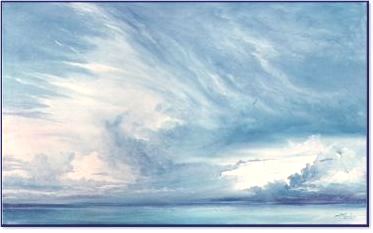