This item originally appeared at TZF’s ”The Gazebo” feature.

Some years ago, we were introduced to a prayer called ”The Great Invocation”. Now, I have come across it again printed on a card stuck in a book. See also the comments at TZF’s Letters page (once there, click on “The Great Invocation” in the menu) and on TZF's Open Forum. For Brother Theophyle’s take on the general idea expressed below, please click here.

If you are familiar with The Great Invocation, you know that it is a very positive, uplifting, even inspiring statement. But there is one element of it that bothers me, and that has bothered me from the first time I heard it; to wit, “… may [the Plan of Love and Light] seal the door where evil dwells.”

Anyone who has ever built his or her own home, as Nancy and I have, or any other structure, knows that it does not matter how well you build a thing, it is going to start to deteriorate immediately, and sooner or later, it will need maintenance, until finally it falls apart altogether. So, if we place “evil” behind a sealed door, we will need to put a permanent guard on the door, because sooner or later the hinges are going to rust, the door itself is going to rot, and the seal is going to break. And when all of that has happened – and eventually, it surely will – then evil is going to escape to be amongst us again. Also, even as we place a permanent guard in front of this impermanent door, let us recognize that keeping him or her on station will require an interminable investment of our attention and our energy.

In sum, what this aspect of The Great Invocation means is that, for the rest of time, we must commit ourselves to devote some of our resources to watching, maintaining, and protecting the place where evil dwells.

I wonder if that is a good or a practical idea, or even necessary.

Does it not make more sense for us to go within, and there search out the evil living there, identify it, bring it out of the dark, examine it until we understand its nature, its source, and its history, and then en-lighten it! That is, if evil is the absence of love (if such a thing is possible), why not bring it forward, and fill it with love? If evil is absolute darkness (if such a thing is possible), why not flood it with absolute light?

Then, we can let it loose without fear. And we can make better use of the space we were hiding it in, not to mention recover the energy we were having to expend on guarding it!

Speaking from my own personal experience, it is apparent that my fears are most powerful when I meet them on their territory, which is almost always in the dark. And they are weakest, often even comical, when I drag them out of their hiding place, and confront them in the bright light. There, I am able to see that my fears are based on ignorance about something, usually my true nature, and that often they began years, even decades ago, and have been living off my energy in a dark place I have maintained within me for them ever since.

Thus, for years, I have kept my fears locked up behind a sealed door, a sealed door I have had to build, maintain, protect, and pay for. But, for all that, they never really were locked away. I always knew they were there, and I remained always afraid of them. The only lasting solution seems to be to remove the door, and get them out of the dark and into the light. Only then are they truly gone.

If it works with fear, it will work with evil, for surely they are siblings.

Remember, if God is infinite, then God is all there is. And if God is all there is, then whatever evil there may be in the world (within us), it too is somehow God. Now, that statement may terrify us right now; it may even horrify us. But if so, it is likely because there is something about the statement, or the circumstances it describes, that we do not understand. Rather than turn away from it, rather than seek to lock it up behind a never-really-securely-sealed door, isn’t it safer and more efficient to drag that ignorance into the bright light, there decipher its source and nature, and then bathe it in knowledge.

In a word, christen evil. 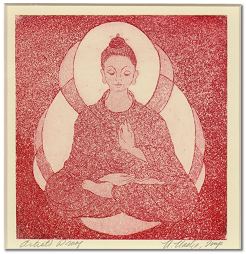 One evening, an elderly Cherokee Brave told his grandson about a battle that goes on inside people.

He said, “My son, the battle is between two ‘wolves’ inside us all. One is evil. It is anger, envy, jealously, sorrow, regret, greed, arrogance, self-pity, guilt, resentment, inferiority, lies, false pride, superiority, and ego.

The boy thought about what his grandfather had said, and then asked him, “Which wolf wins?”

The old man replied, “The one you feed.” 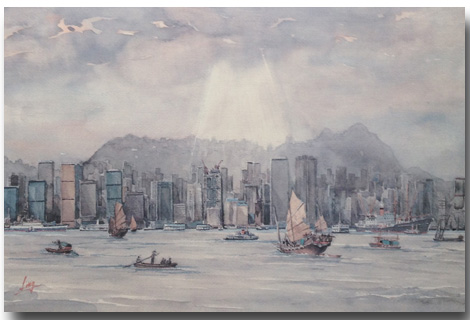