There is no conflict between the biblical account of creation and the numerous others that have been voiced or written over the centuries, including so-called Darwinism. In part and in whole, the Judeo-Christian Bible, like every scripture, is the story of Life, and so is everything else. The Universe is an expression of Consciousness, and so are all its apparent parts.

Each one of us starts at the beginning and grows in self-awareness until we see and become what we are, One Life Conscious of Itself. Darwin’s theory of evolution is an illustration of this process painted on the canvas of time. It describes the development of consciousness as occurring in one space (the planet) over millions of years. A scriptural account of creation describes the same process as occurring outside of time, or instantly, over a great expanse of space (from high above to far below). We might say the biblical account is vertical, the evolution account is horizontal. Both address the same phenomenon, and both are intended as learning or teaching devices.

The issue is not which of the accounts, like the story in the Judeo-Christian Bible and the others in the various spiritual and cultural traditions, is correct, but which best helps us to understand the nature of the universe (Universe), and thus of ourselves (our Self). And that is an individual choice each of us must make depending upon which speaks to us right now with the greatest clarity.

But, as seekers, we must remember to remember that all of these accounts are illustrations or metaphors. What is actually being described cannot be put into words, be they biblical, scientific, or otherwise. Indeed, once we actually see it, no words are necessary or adequate to express it. It simply is, and everything says it with equal eloquence.

If we permit ourselves to interpret the biblical account to be solely an historical, one-time, static event, we run the risk of missing its point entirely. The path from birth in the Garden of Eden, through bondage under Pharaoh, and into the Enlightenment of the Promised Land, is one we all must tread. That is the lesson these stories would have us learn. Likewise, the evolution of life from its lowest and simplest forms to its highest, most articulate expression is not a process that occurs apart from us, but an event constantly unfolding within all of us.

Thus, the biblical account of creation and the evolution theory of creation are essentially identical descriptions of what is going on as each of us all of the time.

We say that youngsters learn in school, and yet where they really learn is within their own heads and hearts. The classroom is an environment, the teacher a guide, the chalkboard a tool, the lessons prods. But none of those is what is actually being taught nor where learning really occurs, or indeed where it is intended to serve. The best teachers and pupils are those who recognize education as a ladder over the walls of ignorance and not as an end in itself. The purpose of all teaching is to transform the student, to raise his or her level of understanding about himself or herself, and to generate from him or her a yearning for continuing growth. Accordingly, any lesson that seems to lock us in place has been poorly taught or badly learned.

The creation account and the evolution theory are teaching devices intended to awaken a recognition within us that we are not what we seem, and then to push us toward seeking an awareness of Who and What we Are in Truth. If the creation account seems silly and simplistic, it is because we have shut our ears to what it would say to us. If the evolution theory seems heretical or degrading, it is because we have chosen not to understand its fundamental meaning. In either case, it is as if we had come upon an outstretched hand, and frozen our gaze on the pointing finger instead of following its direction to what is being called to our attention beyond.

God saith, “I was a hidden treasure.
I would fain be known.
So I created man.”

God speaks in parables to mankind. 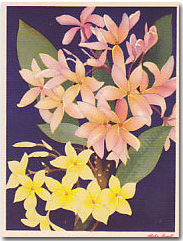