The foundations of virtually every spiritual tradition are essentially identical, and nowhere are they better or more clearly expressed than in the words of the first commandments given to Moses by God: “I am the Lord thy God, and thou shalt have no other Gods before me.”

Surely, simpler words have never been spoken. Nor more consistently misunderstood, misused, abused, or refused. Too often to us, these are the angry words of a jealous tyrant vehemently delivered. Thus, when we read those words, or have those words read to us, we hear something like, “I’ve just about had it with you weenies. Let’s get this straight, once and for all: I am the king of this mountain, and of every mountain, and of every valley, and of everything in between every valley and every mountain, and the sooner you get that into your scrawny little heads, the better it’ll be for all of us!”

Whatever the case, God did not utter those words to frighten us. It serves God nothing to have us afraid. Rather, what God is doing here in Exodus – and in similar passages in other scriptures of other traditions – is informing us. The so-called Ten Commandments are not edicts; they are instructions. Indeed, I read somewhere that in one of the early versions of Exodus the meaning of the word is closer to “proclamations” than “commandments.” Thus, God is telling us here, as a Teacher, “If only you understood the True Nature of the Universe – what I am in Truth, and what you are in Truth – then you would live your lives peacefully and happily, full of love, and thoroughly nourished by Me. And, you would have no need, much less desire, to kill one another, to commit adultery, to steal, or to undertake any other similarly nefarious or malicious activities. You would know that you and I and all the rest of the Universe are One, one and the same, and that there is no other, and that therefore there is nothing for you to fear or to crave or to connive with or against.”

A little further beyond Exodus in the Old Testament, in Jeremiah, there is an interesting report of God reacting to our serving and worshiping false gods (What else!), and at one point (Chapter 7, verse 19), God asks, again speaking of us, “Is it I whom they provoke? Or is it not themselves, to their own confusion?”

Now, in current usage, provoke means to arouse anger or to enrage (as in, never provoke a jaguar unless you can run very, very fast), and so, of course, once again, we read this passage with the same trepidation we experience in Exodus, and in so many other corners of our spiritual lives. Thus, once again, we hear God venting His wrath at us, and once again, of course, we see it as our fault, for clearly we are the provokers. Except that, once again, this is not about God’s anger.

For, in times past, the word provoke suggested ”to summon, to call forth, or to call upon.” So, in this passage, provoke does not mean to irritate or enrage, but to invoke! And, if we substitute the word invoke for provoke, we hear something quite different: Not God’s anger, but Divine concern. “Is it I whom they invoke (summon, call upon)?” God asks. “Or is it not themselves, to their own confusion?” That is, when we depend solely upon ourselves apart from God – invoking, as it were, our own power – we must fail, precisely because apart from God we have no power, because, apart from God, we do not exist! Witnessing our frustration, and the fear and confusion which it generates, God calls out to us, not as a prosecutor, but as a loving Parent. “I can get you out of that mess,” God says, in Love, “if you would only let Me.”

Sooner or later, we have got to sort out our confusion, and get this message straight. “There is no other God but Me” is not a boast; it is not a pout; it is not an accusation; it is not a threat. It is a simple statement of Fact. 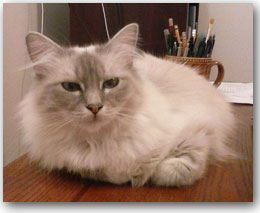 A round stone with special marks is the emblem of Vishnu, the Omnipresent, worshipped in the shrine. Each morning a priest comes in, bathes the image, clothes it, and puts his own Divine Spirit into it to “make it alive.” Then he worships it with flowers and other offerings, waves incense before it, and finally puts it to bed, apologizing to God for worshipping Him in that way because of his inability to conceive Him without the help of an image or some other material object.

My idea of God is not a divine idea. It has to be shattered time after time. He shatters it Himself. He is the great iconoclast. Could we not say that this shattering is one of the marks of His presence?

The god most of us reach for most of the time is far too small,
far too weak, and virtually useless.
That god is an invention of our thought, and therefore limited by it.
Little wonder so many of us report dissatisfaction with its performance.
”I pray,” we say, “but I get no response.”

Like the very best, most exciting, and remarkable of our creations –
Giotto’s frescoes, the Winged Victory, Perugina chocolate,
increasingly fast computers, artificial organs, space stations –
the god we make is inanimate.
Beautiful certainly, even inspiring, but essentially powerless.
And absent us, meaningless.

Seek
and you will be Found. 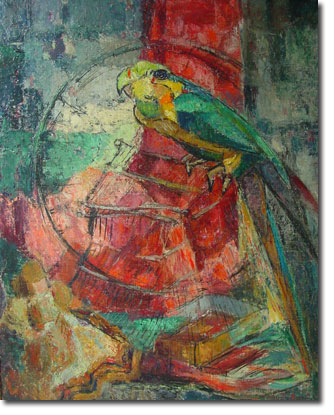 A good rule of thumb: If it can fit into your mind, it’s too small.

God does not believe in our god.

If everyone else seems to be going
To the same place you’re going,
You may not want to be going there.

Over and over, time and again,
Seeker after seeker asks herself, asks himself,
Asks his Teacher, asks her Teacher, his God, her God,
This very same question: “Is the physical world real?”
And the answer, like the question, is always the same –
At first, “Yes, of course, it is.”
Then, “No, it is an illusion.”
Next, “What physical world?”
Finally, once again, “Yes, of course, it is.”
And then we See that the question and all four answers are identical,
all about ourselves.
And we stop asking.